A while back my friend Joe asked, “Why there are so many pages and groups on social media about narcissism?” He gasp when he said it as though he’d just discovered a tunnel to the dark side in his own backyard. “There are literally thousands of people who claim to be victims of narcissism! How can this even be possible?” 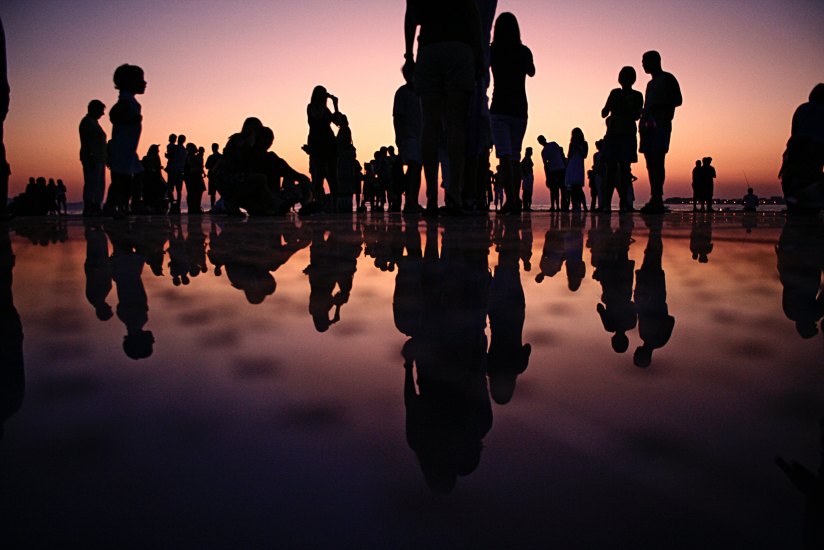 He caught me off guard. I didn’t really have an answer for him. I wasn’t sure how the numbers of narcissistic abuse support groups measured up to say, cat meme pages or cat videos, but I will tell you which is more fun for me—the cat videos. Yep, and yet, I don’t run a cat fan page, but I do run a narcissistic abuse support page. That’s because anyone can find a cat video to laugh at if they want one, but not everyone realizes they’re a victim of narcissistic abuse. There is a curse that comes with invisible wounds–most people (including some victims) don’t believe they actually exist.

And these wounds don’t end with discovery. Once we allow ourselves to consider the possibility of abuse, we have to ask a difficult question, did my narc parents or narc partner actually love me, or were they more concerned about protecting and caring for themselves?

For many people, the day they ask this question is the day they realize they were orphaned or abandoned a long time ago and it just took them this long to catch on. Narcissistic abuse is a difficult thing to come to grips with because you have to sift through so many memories and lies to find the truth. And once you find it, you will mourn losses you’ve been dealing with your entire life.

Because narcissistic abuse is invisible, we almost need a triage to separate the walking wounded from the walking dead. There are victims of abuse who will remain victims in their heads their entire lives. Yes, they can be annoying, but most of us empaths realize they are damaged so badly they can’t wake out of the stupor so they just go on crying in their pain. We try to help and walk around them when we can’t.

The more insidious claim is the impostor who also was a victim of narcissistic abuse, but has now morphed into an abuser. These empty souls frequent groups and pages and often attack other survivors because they have become flying monkeys or narcissistic vampires themselves seeking whom they may devour. We often allow them in far too long because we know they too were wounded while growing up–plus it’s hard to tell an abuser from a person who has fleas. (Fleas are mannerisms and bad habits learned from living with a narcissist).

We who have lived with narcissistic abuse are often very empathetic and we don’t want to hurt anyone anymore. Sometimes we put up with abusers far too long and struggle to decipher the abusers from the flea carriers. Most of all, despite the fact that some will come to prey on us, we don’t want overlook any true victim.

When she realized she had acted in a rude manner, she wrote to apologize. Naturally I let her back in the door. I had mistaken her for a narcissist, but she really only had a few fleas. And that brings me to the hardest part about having invisible wounds.

3. Invisible Means I Might Not Be Able to See My Own Wounds

Like I’ve often joked, my wounds were so invisible, I couldn’t even see them. Many of our narcissistic wounds were not cleaned out at seven,  twelve,  sixteen, or even twenty-three due to the fact that they were invisible. That’s a long time to leave a wound festering, but it’s pretty darn hard to clean out a wound you can’t even see. This is why so many people need support–both to find their wounds and to clean them. There is no instant cure and no one-size- vaccination for all.

Personality also has a part to play in whether we brush these wounds off or tenderly care for them. As a seven on the Enneagram, for decades I did my best to remain fun loving and optimistic and push all that yucky stuff out of my mind—except it doesn’t actually work that way. Narcissistic Abuse is like lead poisoning, once it’s in your body, you’ve been contaminated for life. You can try to push it out of your mind, but the body will still remembers what the mind forgets.

Discovery is Only the Beginning

When we finally realized we were victims of narcissistic abuse, we realized we were also survivors. This fact alone is worth celebrating, but we still have a long way to go between surviving and thriving. And the thriving process is a journey we are on for life. Every day we wake up and look for new ways to do the dishes or find a new song to sing so we can avoid the traps set out for us by the narcissist.

I’m so glad someone created a Narcissistic Abuse Awareness Day on June first, but we celebrate our freedom every day here at Little Red Survivor because most of us have to start over every day to find the courage to move on from the people we once believed loved us, while they abused us. We have to recommit every morning to find a reason to move on and live narcissist free. We look for those pockets of sunshine and warm ourselves one stepping stone at a time.

If My Wounds Were Visible

If my wounds were visible, I wouldn’t have had to lie to cover up for my abuser.

If my wounds were visible, relatives, teachers and church members might’ve noticed my pain and stood up for me.

If my wounds were visible, someone might have taught me that it’s OK to say no and that I don’t have to people please or apologize when I am sick.

If my wounds were visible, someone might’ve taken me away and allowed me to go to high school.

If my wounds were visible, my advisers in college might’ve realized I only had a sixth grade education and that I didn’t know how to act around other people.

If my wounds are visible, someone might’ve helped me figure out how to use food for strength instead of medicating with it like a drug to numb the pain.

If my wounds were visible, people probably wouldn’t ask me why it’s taken so long for me to find healing.

If my wounds were visible, I might’ve remembered every time I looked in the mirror instead of going back for more abuse.

If my wounds were visible, people wouldn’t mistake me for a victim, they would recognize that I am a survivor and they would admire my wounds because they reveal the strength it took to get through the battles I’ve endured to learn to thrive and enjoy life today.

My mission in life is not merely to survive,
but to thrive; and to do so with some passion,
some compassion, some humor, and some style.
–Maya Angelou

All writing on this site is to be used with permission only. Thank you.